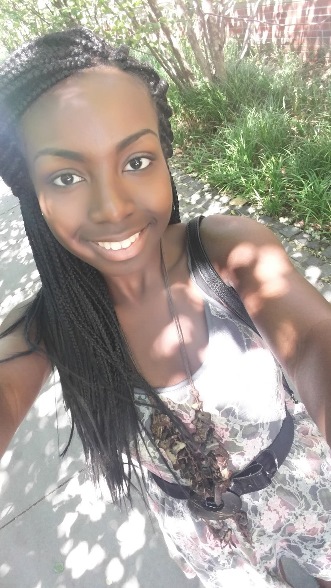 LEDA to me is a state of permanence. As a child I carved my childhood out in over half a dozen states, and attended over half a dozen schools because of my mother.Â  She was a certifiable dream chaser, and had been writing since I was young. My mother exhaled poetry into the progressively dingier homes we took up residence in.Â  We moved all up and down the East coast, chasing murky publishing deals and untapped potential. Uncertainty began to characterize my life in the sense that I avoided giving the best of myself to others; knowing all relationships were fleeting to the children of wanderers- children like me.Â  At times I felt as if I was less human than people ought to be, as I wasnâ€™t open enough to make connections that seemed to come so naturally to others.

I didnâ€™t, or couldnâ€™t, genuinely connect with people, and I took whatever empathy, vitality, and compassion that I could offer and threw it into my respective social justice initiatives. I no longer saw people; I saw walking causes. I hadnâ€™t yet realized that I effectively dehumanized others with my love of them; for I was passionate, yes, but it was a passion fueled by sweeping generalizations and a fear of intimacy. It was a passion fueled by sacrifice. Perhaps in trying to overcompensate for my distance, I dedicated myself to anything I thought might help enfranchise my own subjugated community. Not only was I improperly, nor truly, caring for my community, I also neglected to show the proper self-care. LEDA helped to change that.

During my time at LEDA the Black community was writhing from two back to back losses: the lives of Alton Sterling and Philandro Castille. The Cohort was actually out and about on one of our amazing college trips, alternating between UPenn and Swarthmore, when I first saw the video of the Alton Sterling shooting. It was debasingly graphic, and much to my own surprise I started bawling midway through the clip. I remember my designated Resident Mentor for the day asking frantically if I was okay, but I repeatedly shook my head no out of sadness and disbelief. It was the first time I had ever shed tears over a victim of police brutality, though I had without a doubt been affected by the killings before. Though I had always felt something, my go to emotion was usually anger. Living in the South guarantees a kind of passiveness that I feel I have to break out of in the aftermath of cases such as these. For these reasons I am usually the one clamoring for protest rallies, or trying to organize students to send messages of support to those involved with riots, or uprisings, in far off cities like Baltimore, Maryland or Ferguson, Missouri. I felt like a vessel of unstated frustration, and I helped to perpetuate the idea that emotions and close relationships are unnecessary distractions when trying to take some form of vengeance on this system of oppression affecting us all.

Though UPennâ€™s campus was both quirky and gorgeous, I spent the duration of the trip fighting an internal battle. I was trying to figure out how to pull myself together when I ran into yet another Resident Mentor, except this one was tearful, too. Seeing such a strong, self-assured Black woman as broken up as I was about the murder that had occurred was one of the biggest moments of self-growth that Iâ€™ve experienced as a young Angela Davis in the making. Before the night was out, a number of students had congregated into a LEDA-sponsored safe haven, one in which I could actually (and finally) grieve for all of the lives that had been ended too soon by a system that didnâ€™t care for the ones left behind in its wake. I began to actually see the people that I was fighting for as individuals once I could crack my hardened outer shell for them. Not only am I defining the people that I fight for as more than blurred faces in a crowd, but I also feel liberated beyond being a caricature of an angered pro-Black activist. Everyone, including myself, deserves to be recognized as being fully human, complete with a myriad of contradictions, emotions, and experiences.Â  Iâ€™m more than excited to return home with both a different mindset, and a different way of interacting with the people surrounding me.

Since coming to LEDA Iâ€™ve made the closest of friends, people who challenge and shift my perspective on things I couldâ€™ve once sworn I was certain about. More than meeting new friends, however, Iâ€™ve truly gained a new family that I know I can always fall back on when needed. Itâ€™s ironic to me that as someone who was always hesitant to grow close to others, never knowing when I might leave, I came to LEDA knowing Iâ€™d be made to leave and still grew incredibly close with the people who make up my Cohort. More than being merely close to them, though, I recognize everyone as being no more and no less than a full person. To me this means that everyone is inherently deserving of receiving compassion, empathy, and understanding. It also means that I too deserve to experience the full breadth of excitement that meaningful bonds allow people to feel. Iâ€™ve made runs to satisfy cravings for frozen yogurt on Nassau Street more times than I can count, was once saved via rescue mission during a rainstorm by a Scholar with a beautiful spirit (and umbrella), and have gotten all the exercise that I needed by jogging to Wawa to grab skittles dangerously close to in-dorm curfew.Â  Besides what I now notice to be a common thread of food in many of my bonding experiences, none of these events wouldâ€™ve been the same if I wouldnâ€™t have had good people by my side to make me feel a bit more complete again.

Unfortunately my own LEDA experience is coming to a close. Tomorrow is the last day that this group of one hundred scholars will ever be together again. I came to LEDA more than prepared to argue, defend, and adjust my own ideologies- in fact I welcomed it. I anticipated some of the freedom we were granted in being further allowed to explore both ourselves and the beautiful Princeton campus surrounding Forbes College. I was excited for the college preparation that I knew would be coming our way, as well as the assistance from the wonderfully talented writing instructors we would be exposed to. However, I never believed that I would leave the Summer Institute with one hundred kindred spirits to make me feel as if Iâ€™m doing something right. Because of them Iâ€™m reaffirmed in fighting all of the forces that create the environments LEDA Scholars past and present have had to persevere through. Now when I organize rallies, or raise my voice in protest, I know that Iâ€™m not just doing it for the love of the cause, but for the love of the people surrounding me. Knowing and loving, in my own way, the LEDA community makes me want to hone in on more faces in the crowd, and to get to know people the wayÂ I know the amazing people in my Cohort. I came to LEDA as a leader, but left feeling more human, too.

Sunshine and Giggles by Mary Marshall

It wasnâ€™t the classes or tutoring or advising; LEDA was the diverse connections and relationships that we would all come to form and strengthen every day here.

Revisiting Myself by Ruo Qiu

This summer, I was given the amazing opportunity to return to Princeton University for another LEDA summer â€“ not as a Scholar, but as a College Guidance Assistant for Cohort 12!