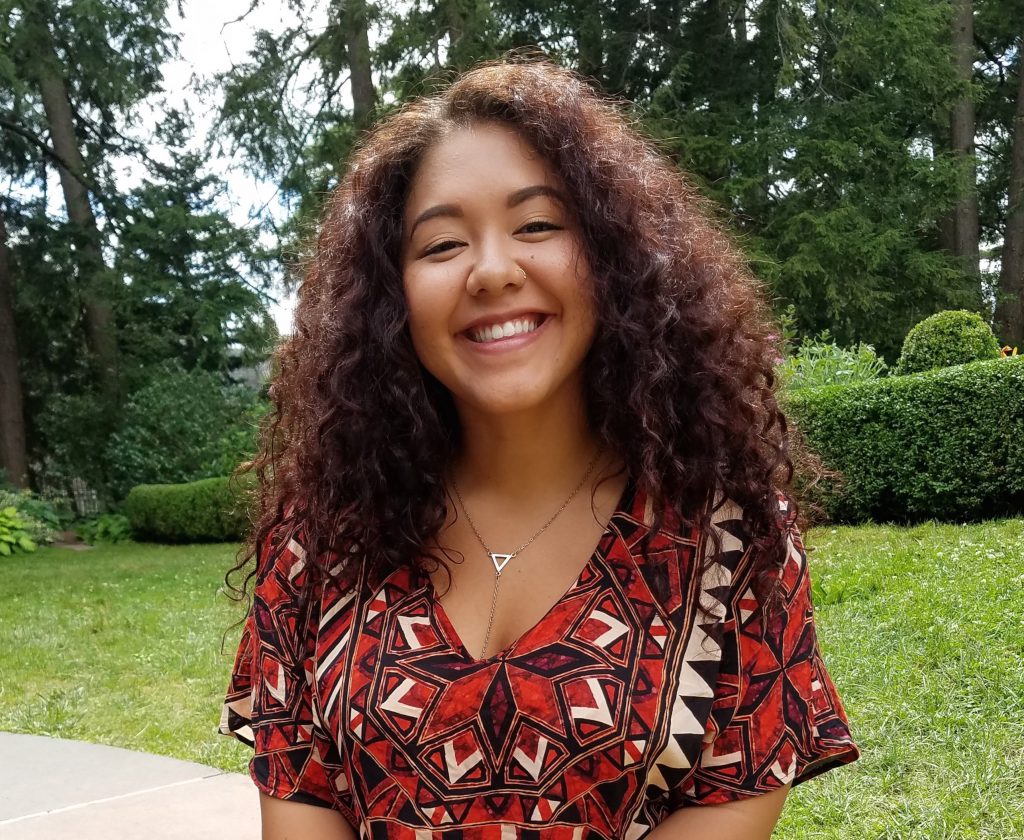 Just a few weeks ago, I sat in Stanfordâ€™s Black Community Services Centerâ€™s the night of the election and wept. The ground pulled from beneath us, it was not just our political power that felt stolen – but it was our personal power grounded in our identities and lived experiences that seemed to have been robbed as well. As an African and African American Studies major, I felt that I knew the backs on which I stood, those who came before me that laid the foundations that made possible my existence at an institution like Stanford University. These people paved a way that allowed me to engage with the political system as a person with voice – as a person with power. I knew that in all interactions and experiences, I need not take this for granted, but that I must remember. I dedicated myself to this – to them – to our ongoing liberation. And yet, all of a sudden, in one moment, the backs on which I stood felt like the bodies on which mine lay. I experienced the weight of a world that felt so unchangeable – so flawlessly designed to reproduce mass oppression regardless of the work of activists, artists, and scholars. This world felt unchangeable regardless of me.

Not long after, LEDA reached out to me in the midst of midterms and papers, asking if I would be willing to fly into D.C. and represent a student perspective at the White House Summit on Diversity and Inclusion in Higher Education. Although my spirit still felt heavy with discouragement and exhaustion, I felt that I needed to do this. Never in my life did I expect to receive an invitation to the White House, and based off of recent events, it would be a long time coming before I would be willing to accept one again.

Closing my eyes, my red-eye flight took off just days later. I spent my travel time meditating on my experiences at my institution – the tokenizing and capitalizing on my â€œdiverseâ€ identity, the financial and social struggles that I faced, and the feeling of never belonging. Anxious to be in a space where this reality might persist, I armed myself with quiet controlled breathing, re-centering of self and purpose. This White House was a space I would occupy. This White House was a space I would be heard.

Experiencing the Summit, the majority of my anxieties were laid to rest. The individuals in the room, the select student leaders across the nation included, appeared to be deeply dedicated to this same cause – as well as deeply aware and affected by the transition to come. The presence in the room was inevitably heavy, and although this weight seemed all too scary at times, it was real and it had to be acknowledged. The fight for equity in education, and thus, the fight for equity, became that much harder. In this space, we had to become that much more committed.

As a student in the unfamiliar space throughout the day, I took time to listen and consider the positions of the people in the room – people whose work and careers have been dedicated to making my existence at an elite institution possible. While I appreciated their continued work, I knew that it was my lived experiences of the current system of higher education that framed our conversation and thus must shape our action.

Of the remarks I made, I voiced the deep mistrust that students of â€œdiverseâ€ and underrepresented backgrounds have of institutions which do little work to emphasize diversity and inclusion beyond the bullet points in their pamphlets and websites. We now exist at these institutions, yes. But, these institutions have yet to alter their foundations in elitism and transform their cultures to become spaces for us. In response, I was greeted by thoughtful listening and sincere responses.

Though I truly appreciated the genuine empathy expressed to me by the many outstanding individuals in the room who represented college presidents, politicians, and policy makers – I would be remiss to not acknowledge how affected I was by the other student voices. Outside of fellow LEDA scholars, a handful of other students from institutions across the country came to represent the student voice – and with them they carried sentiments similar to mine: impassioned stories of experiences, power, and belonging.

My time at the White House was short lived – and before I knew it, my eyes were closing on another red eye flight headed west. As I am still trying to articulate and share my experiences while there, I am also still trying to collect my thoughts on what it meant for me to even occupy that space with both my body and my voice. In meditating on these thoughts, I am brought back to the powerless feeling I experienced just weeks before – with the ground beneath me vanishing, and the bodies on which I stood collapsing.

I am incapable of saying that my experience at the White House restored what I feel has recently been lost. I did not walk out of the building looking forward to the future, and this weight has not left me. However, I can say that I am more aware that many, other than me, walk in, work through, and live with this weight, too. That many, like myself, are in a state of transition of thought and existence under an oppressive system becoming more evident by the day. And that many, including myself, are deeply discontent with this reality of inequity – and will absolutely not stand for it.

Recently, I had the amazing opportunity to attend a Summit on Diversity and Inclusion in Higher Education held at the White House!

Extend the compassion that you give to others to yourself.