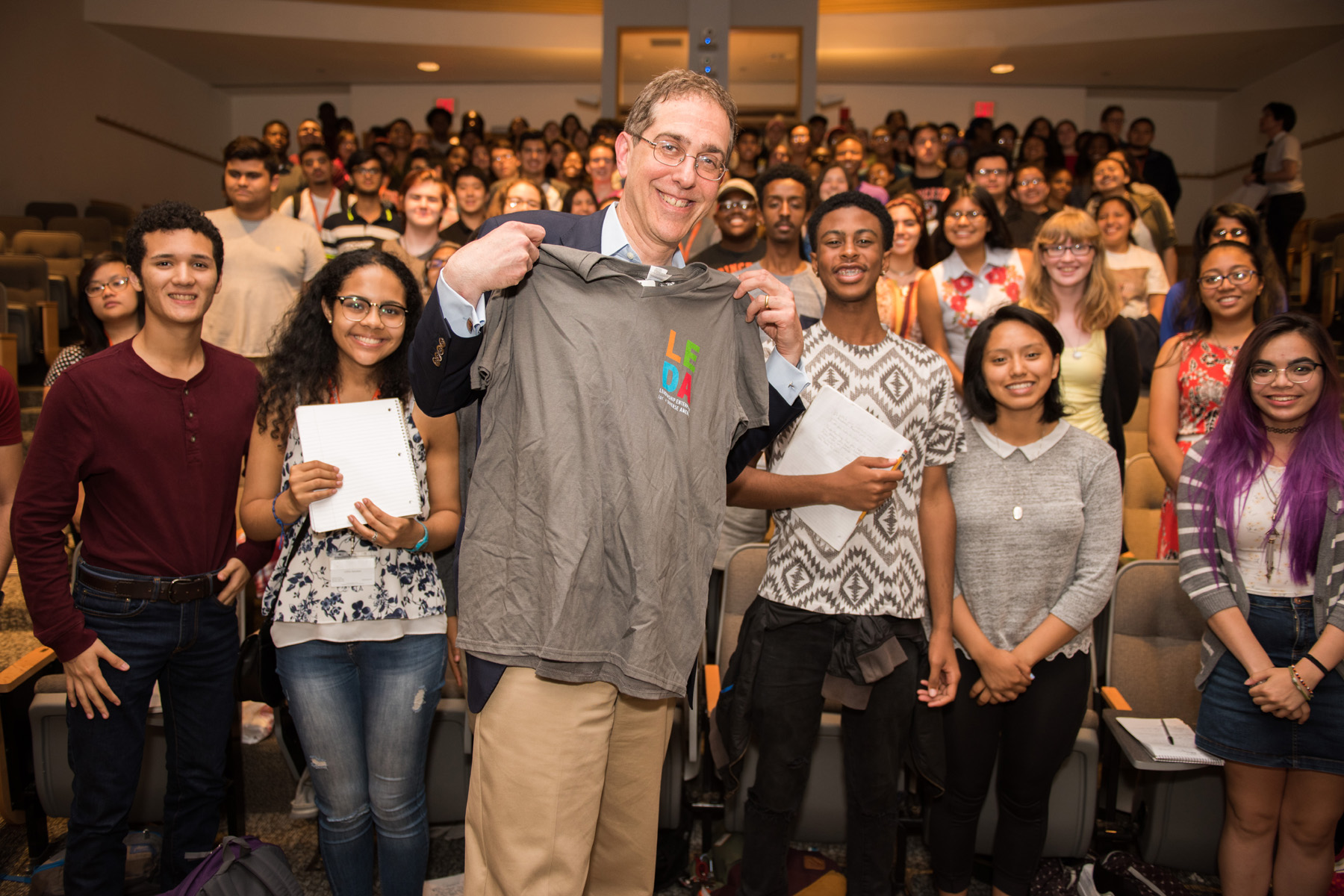 Continuing an annual tradition, Christopher Eisgruber, President of Princeton University, welcomed our LEDA Cohort 13 Scholars at the Aspects of Leadership Summer Institute last week. After an introduction by JesÃºs Martinez, a LEDA Cohort 10 Scholar and member of Princeton’s Class of 2020, President Eisgruber talked about the importance of Princeton’s ongoing commitment to increasing socioeconomic diversity at Princeton, and noting that Princeton’s partnership with LEDA is a crucial part of this institutional strategy. 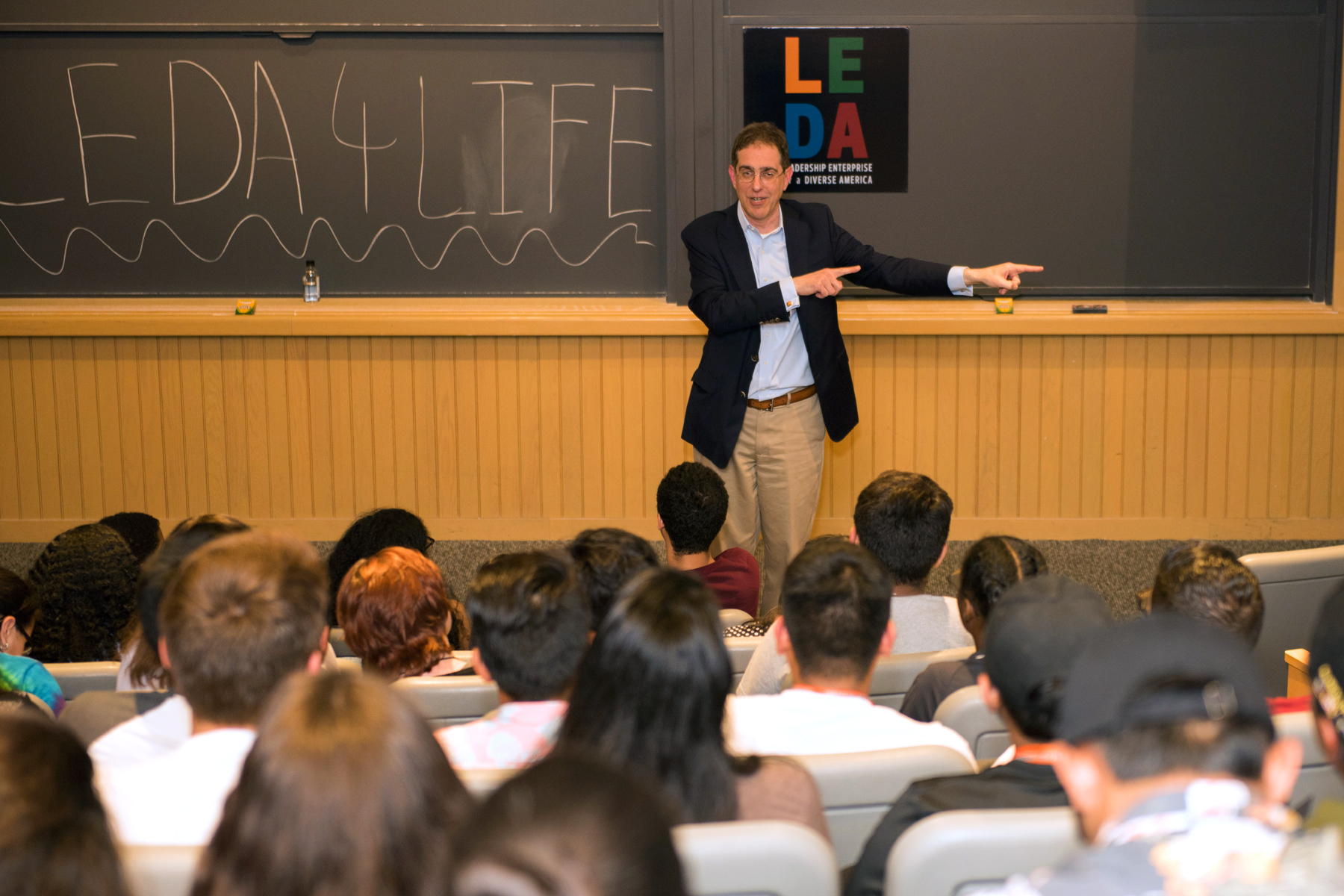 President Eisgruber shared his own perspective on the culture shock that he experienced when he first came to Princeton as an undergraduate from Corvallis, OR. “I visit each Cohort of LEDA Scholars to welcome them to our campus and listen to their stories,” he said later. “Some of them have never left their home states, or their home towns, before LEDA. This program changes their conceptions of what is possible and unleashes extraordinary talent. The energy and passion of LEDA Scholars are tremendous.” President Eisgruber encouraged the Scholars to take full advantage of the opportunities that LEDA provides. He specifically emphasized the importance of developing strong writing skills regardless of their fields of study, as underscored by LEDA’s writing curriculum. He also stressed the importance of connecting with college professors both in and out of class, as Scholars are encouraged to do with the LEDA summer faculty. 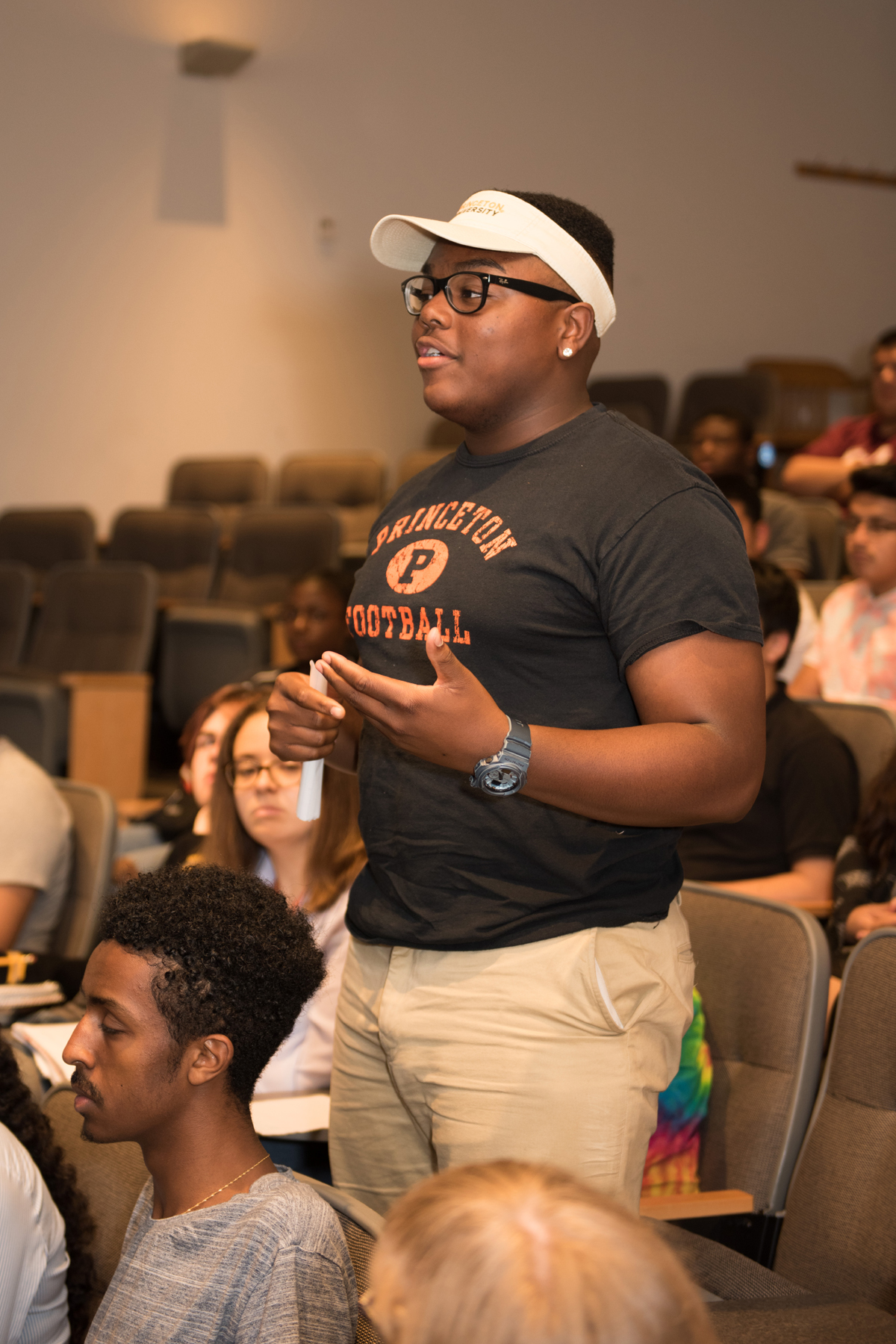 After his welcome, President Eisgruber opened the floor to questions. LEDA Scholars asked him about a broad range of topics, from the changes he has observed and effected at Princeton since his time as an undergraduate to the relevance of constitutional law in contemporary politics. They also asked him about his perspective on increasing diversity at selective colleges, and President Eisgruber highlighted a number of initiatives that Princeton has undertaken to identify and support low-income and first-generation students.

One of these initiatives is the investment in LEDA that supported the expansion from 60 to 100 new Scholars per year starting in 2015. “Meeting with the LEDA Scholars was a highlight of my summer,” said President Eisgruber. “It was clear from their energy and excitement that LEDA was already making a transformative difference in their lives – expanding their horizons, nurturing their dreams, and preparing them for futures they had not previously imagined. Expanding college access for students from low-income backgrounds is one of the University’s highest priorities, and LEDA is doing extraordinary work to prepare its wonderful Scholars for admission to the nation’s top colleges and universities. I am proud that Princeton has partnered with LEDA to empower students from diverse socioeconomic backgrounds to realize their academic potential and become the leaders of tomorrow.” Princeton has also developed the Freshman Scholars Institute (FSI) and the Scholars Institute Fellows Program (SIFP) to support Princeton undergraduates from low-income, first-generation, and underrepresented backgrounds.